It was five in the morning. My bag full of food was ready, my extra shirt, pen and paper, and of course a load of excitement! And a few minutes later, my service arrived to pick me up for school. The most awaited day as a grade school kid finally came. The day when learning was not limited to books and classroom, when I got the chance to visit memorable places and hang out with my best buddies in school, and when I was allowed to eat junk food and drink soda. Yes, it was the day of our field trip. With a bunch of other hyperactive kids, I entered the bus and prayed that we arrive safely to our destination —- Nayong Pilipino. 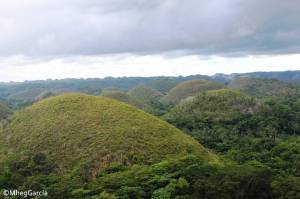 The memories of my childhood came back to me as if they happened just yesterday. When I visited Bohol with my family last September 2010 and saw the famous Chocolate Hills for the first time, the first thing that occurred to me was our field trip at Nayong Pilipino and how I and my grade school friends used to play in the replicas of this magnificent natural wonders. And who would miss the lesson about how Chocolate Hills got its name? As a child, it was one of my favorite topics probably because it sounded sweet and delicious.

Filled with awe and amazement as I set my eyes on this spectacular beauty, I tried to figure out how this unusual geological formation came to existence. About 1 776 cone-shaped mounds form a rolling terrain of haycock hills that turn chocolate-brown during dry season. According to some theories, Chocolate Hills of Bohol was formed ages ago by the uplift of coral deposits and the action of rain water and erosion. But of course we would also be interested in the legends that explain the formation of these magnificent mounds. Yes, I would always go for the romantic one that tells of a powerful and youthful giant named Arogo who fell in love with Aloya, a simple mortal. Aloya’s death caused the giant much pain and misery, and in his sorrow he could not stop crying. When his tears dried, the Chocolate Hills were formed.

Here are some photos as I and my family satisfied our cravings for these mounds of chocolates.

As soon as we got off the van, we went up to one of the hills which was developed for tourists. There was a wishing well on the top where tourists make a wish, throw a coin, and ring the bell.

There were also photographers who help tourists take some nice shots. They can have your photos developed in a matter of minutes. 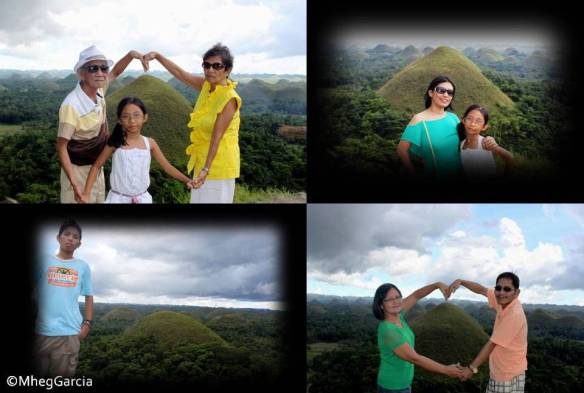 Yes, it rained during our visit and some nice tour guides ( I don’t really know what you call the people who take care of the place) lent us umbrellas.

This shot was taken at the root of a tree. It was really huge. 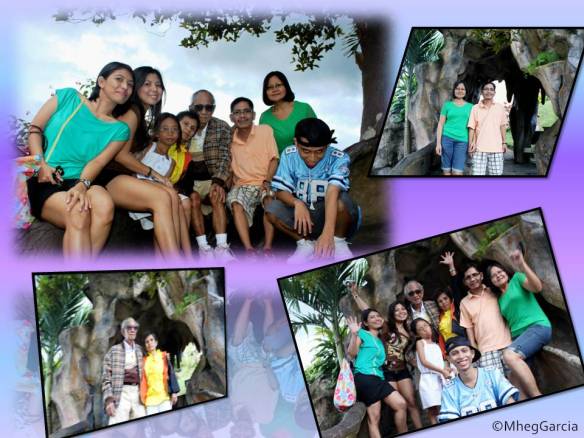 We may have been disappointed as we were not able to taste these chocolate kisses, but the breathtaking experience added to the pride we Filipinos should have as we showcase this world renowned beauty.

1 thought on “Chocolate Hills: Seem Delicious But Not For Your Sweet Tooth”

What do you think? Cancel reply